Got mail? Thank you for subscribing!
Please click on the URL at the bottom for the best view.

Our journeys are stories of our own.
This is mine and I’ve allowed some of these points to stand, in spite of being corrected.
It’s not a guidebook or marketing piece for the Sunday paper.

It is semi-fiction.
A fictional description of a true story.

Previously on The Rich Trip…
– Rose and Jake liked each other, I was worried that things might go wrong
– Rose clarified that it was just a crush, he was not Jack from Titanic
– I realised she was right and maybe I was overthinking

Back To The Land

Last seen: In my room with Rose, listening in elation about her budding love story with Italy’s Jake (and not Titanic’s Jack).

According to our schedule, we were visiting the Vasa Museum today. Like always, I read up a bit about the place before visiting.

One by one, we were being loaded in a bus which was going to take us there. The bus looked like a long-distance AC two-seater bus you might have seen on Redbus. The exterior paint design was a collage of 16 flags of our nations and a large Lions Club logo on it, in the centre.

Rose and I climbed in the bus. Her face broke into a wide grin when she spotted Jake. She excitedly pecked him on his cheek while hopping into the seat next to him. They both looked so adorable. Behind them were Amby and Kay, who like me, were searching for a seat for me.

“Hey,” Damon waved to an empty seat next to him.

I gratefully smiled, hardly believing my luck. Ted had vacated the seat next to his for me. He was being a gentleman, I guessed.

“Thank you so much,” I smiled and took the seat willingly. He smiled back.

I looked at his face so closely for the first time. I noticed things I never did last night while we were dancing. I was too busy trying to focus on the dance steps and not him. It was so so so tough, but I managed. His face had a cute scar above his left eye, it was vertical and went up to this hair. A mole on his left cheek and one on the right side of the nose. I could have easily mistaken it for a nose piercing.

“So, have you been here?” I continued our conversation, adamant about not getting distracted by his attractive features.

“Oh, many times. Stockholm is known for its water bodies. But haven’t been to Vasa. My sister wanted to. She was going to come here instead of me, but she had to work and save up for a car. She can come here after college, maybe.”

“Oh, great. My sister is doing the same. She is in college,” Amby interjected from the row in front of us.

“My sister is 16. She didn’t know she can’t come anyway unless she is 18. Car is a necessity here and we get a license at 16. Washing cars is her summer job. So she is saving up. I’m sure you don’t need to,” Damon explained. Amby had plugged in her music and was staring outside at the green valley.

I was dumbfounded. Car at 16? Don’t they have cabs and autos? I had never heard of this. I know of entire families who survive without cars.  However, that didn’t catch my attention. Why did he say I don’t need to? Did he undermine my capability, or did he know we literally don’t need to?

“Because gentlemen are chivalrous. Anyway, we are at the Vasa museum,” he answered and rose.

Whoaaa. What??? What did that mean? I’ll ask Amby later, I decided.

We read about Vasa inside.

Ironically, the warship was creating ‘love’. I could see Rose and Jake trying to forcibly look at it instead of looking into each other’s eyes. Such a coincidence that Rose was talking about another submerged ship last night, yeah, Titanic! I chuckled and shook my head.

The distinctive scent of rustic wood gave this place a homely, old library feel. I was strolling away from the lovebirds, towards Amby, Kay, Ted and Matt. Just then, someone caught me by my right arm and twirled me around swiftly. It was so soon, took me a second to catch my breath.

“Are you okay? Is something wrong?” I gasped.

“Wrong?” Rose snorted, “No darling, get excited for what can go right. I just couldn’t wait… had to tell you. You got moves, girl. Damon fancies you.”

Rose’s face was flushed pink and thrilled. More so than how it was last night while dancing with Jake. I felt yesterday’s dance workshop was not That great. I now understood. Turns out, Damon was equally nervous. It was surreal.

“Oh, come on, don’t act so surprised. It’s totally believable. I mean, look at you!  You are gorgeous. You are so different from how we perceived Indians to be. Also, you have that brown skin colour thing going on for you. Oh man, it’s so attractive here,” Rose confidently stated. And teased.

Wow, my skin? Their tan shade. I never thought of that. Damon was brown too. He was still a shade lighter than mine. I guess I had no choice but to believe that I actually had a shot with this dude. He was not Out-Of-My-League.

That night, we had an appetizing dinner of Kroppkakor (or Palt). Essentially, they are big and hearty potato dumplings filled with fried pork, cooked in melted butter and served with lingonberry sauce (sweet berries). We also learnt that Stefan lived with his mother. They followed the Islam religion and did not eat pork. Dumplings were made without pork for Stefan, Rose and I.

Muslim. Hmm. No wonder he looked so stunning.

“Guys, I’ll go for a walk, yeah? Will see you around,” Rose announced and excused herself.

“Er, you sure, Rose?” Amby asked. She sounded concerned yet happy. She looked at my confused face and answered, “Rich, you can come to our room tonight.”

When we reached our cottage, I took a left to go to my room. Amby dragged me in the opposite direction to theirs. Oops, right. Before we could wobble there, we heard a door in front of us squeak wide open. We took in the captivating sight. More fascinating than the Vasa warship. There stood the tallest guy of the camp, in a soft white linen shirt and blue pyjamas. He smiled understandingly – much more than understandingly. It was one of those rare smiles with a quality of eternal reassurance in it. His hazel eyes locked into my black ones. Damon pointed at Jake’s empty bed in his room. There were no awkward hellos in that corridor. No pretensions. That made the whole thing irresistible.

I walked in, hypnotically.

Some names and identifying details have been changed to protect the privacy of individuals. In case if you are not happy with the content and/or the images here, please write to me at therichdiary@gmail.com

NEXT
Chapter Eight: The Sunlit Night

Got mail? Thank you for subscribing!
Please click on the URL below for the best view. 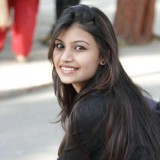